5 RECOMMENDATIONS FOR MOBILE LEGENDS HEROES THAT ARE SUITABLE FOR BEGINNERS 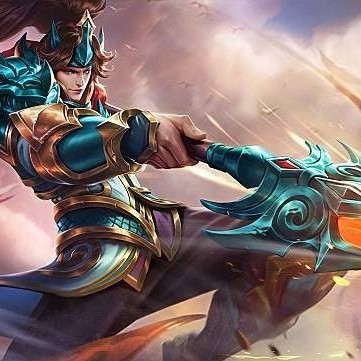 Mobile Legends has now become one of the largest and most popular moba games in Indonesia. This is reasonable considering that the Mobile Legends game has a friendly and easy-to-understand user interface for beginners who have even just started their first game on Mobile Legends.

In Mobile Legends you will be presented with a lot of heroes that you can use. Each of these heroes has different abilities and skills.

If you as a beginner are confused in choosing a hero, here we provide 5 recommendations for Mobile Legends heroes that are suitable for beginners like you.

Veterans in the Mobile Legends game are definitely no stranger to this hero. Zilong is one of the free heroes that you can get when you just start playing Mobile Legends.
Hero Zilong itself is a fighter type which is quite easy for beginners to control. This hero has a high attack speed, even in high tier Zilong is usually used as a split pusher because of his ability to clear minions and destroy turrets quickly.

Just like Zilong, Layla is also one of the heroes who are given free at the beginning of the game. Layla is a hero with the role of Marksman (MM) who has great damage and attack speed.
In addition, Layla also has a greater attack range compared to other MM heroes.

The hero this time is not free, but this one hero is one of the heroes that has a low price so it's easy for beginners to have.
Eudora himself is a hero with a role mage who has lightning as his element of strength. It has high burst damage and easy combos for beginners to use.

Just like Eudora, Rafaela is also a hero who has a low price but cannot be considered cheap. This is because the skills are easy to use by beginners.
Rafaela is a hero who is given a support-mage role, tasked with helping friends in her team with her flexible abilities. This hero can be used to help heal his teammates as well as many other abilities he can do to help friends.

The last recommended hero this time fell to a hero with a support-mage role who has healer abilities for his teammates. She is Estes, the hero who is now often used as a meta in high-tier ranked mode. In addition to his ability as a healer, he also has one and the ultimate skill that produces great damage to the enemy.