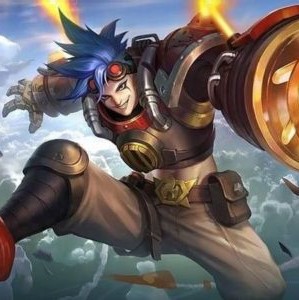 Currently, the average Mobile Legends player is often using the new War Ax item. This item is considered overpowered because of its ability to add physical attack and physical penetration to make it easier to defeat enemies. Moreover, if the War Ax item is paired with a fighter type hero, your hero will become very strong and have great damage even though he is still in the early game.

Well, but what happens if you find an enemy who uses the War Ax item? Don't panic, there are 5 five items that can be used to ward off vicious attacks from this War Ax item. What are these items? Here let's discuss.


For mage-type heroes, this item will be perfect for countering War Ax attacks. Players who often use Mage heroes are also certainly no stranger to the Ice Queen Wand item. Ice Queen Wand itself is able to give a slow effect of 15% to enemies who are attacking. This slow effect will take effect for 3 seconds and can be stacked 2 times.
In addition, the Ice Queen Wand item will increase 75 magic power, 10% magical lifesteal, 150 mana, and an additional 7% movement speed.
With this ability, this item is suitable for weakening the power of War Ax. Just imagine when a fighter hero attack from close range comes, you can use this item which makes enemy attacks slower.

You can take advantage of the Corrosion Scythe item from the ability to slow down the enemy. Corrosion Scythe is able to reduce enemy movement speed obtained when War Ax items are full stack. In addition, this item is also able to add 50 physical attacks, 5% movement speed, and 25% attack speed.
This item is suitable for use against War Ax items because it is able to give the effect of reducing movement speed by 8% in every hit. Moreover, it can be stacked 8 times which makes the total reduction more than the addition of the War Ax item.


The Blood Wings item is often used by hero mages during the late game stage because this item will be very suitable for heroes who do not have a shield. Players will get additional shields and large damage that is enough to withstand attacks from War Ax.
In addition, this item will increase 150 magic power and increase HP by 500. The shield that Blood Wings produces is also equivalent to 200% Magic Power which if destroyed it will also get 30 more shields.


The last recommended item that can be a counter from War Ax is Antique Cuirass. This item is suitable for use by tank-type heroes. Because the more attacks you get from the enemy, the less damage will be generated from the enemy.
The Antique Cuirass item will add 920 HP, 54 physical defense, and add 2 HP when regenerating. In addition, the enemy's physical attack ability will also be reduced by 10%. This ability will take effect for 2 seconds and can be stacked 3 times.