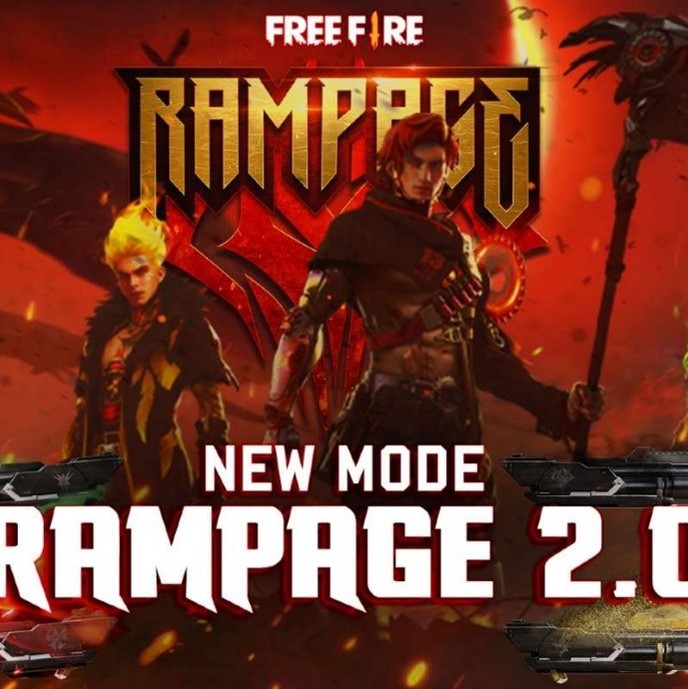 Garena does not run out of strategies to make the Free Fire game continue to be of interest to gamers. Apart from the characters, weapons and skins that are always updated regularly, Garena also presents a variety of exciting modes that you can play.

The game modes that are present in Free Fire, of course, can be an alternative for those of you who are bored with battle royale gameplay. Well, this time Garena presents two previous gameplay modes, namely Rampage Mode and Bomb Squad.
Rampage mode itself has been officially released in the Free Fire game on May 28, 2021, while Bomb Squad can be played starting today May 29, 2021. Both of these game modes are very favorite. So it's only natural that Garena returns to presenting this mode to gamers.

For those of you who don't know, in Rampage Mode, gamers will be placed in a small area in one of the Free Fire maps. Both teams will spawn at their respective bases which are located on opposite sides. All players can choose one of 4 weapons.
For the team that reaches 100 points first, that team wins. The way to get these points is to grab a zone whose location changes continuously.

As for the Bomb Squad, it is still the same as before. Where the gameplay, weapon store and spawn points are almost similar to squad clash mode. For gamers who are accustomed to playing FPS games such as CS GO or Point Blank, surely you are familiar with this mode where you will get points when you successfully plant a bomb or defuse a bomb.

So fun right? Come on, login to Free Fire now and try these two modes!