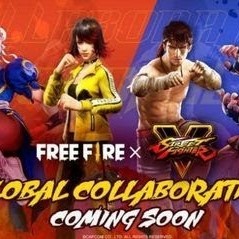 Some time ago Garena announced that it would collaborate between Free Fire and Street Fighter. This event was carried out considering the previous success with the Free Fire x McLaren event.
The items presented will certainly be no less interesting than items from the previous Free Fire x McLaren event. Free Fire will present several legendary characters from the Street Fighter Franchise, namely Ryu and Chun-Li, plus other cool items that make this event even more interesting.

What are these items? Here, we thoroughly review the list of items that will be present at the Free Fire x Street Fighter event.


Based on the information circulating, Free Fire will present special items at this Free Fire x Street Fighter event in the form of Ryu and Chun-Li costumes. Players will use Ryu and Chun-Li's costumes when they are in the middle of a battle in Free Fire.
The advantage of using this costume is that you will be striking and can attract the attention of others while in the lobby. But the drawback is that this costume will also remain conspicuous when the battle begins, making it easier for the enemy to see and kill you.

Free Fire will also present an exclusive Street Fighter-themed bag that comes in various variants. This special exclusive bag for the Free Fire X Street Fighter event will have 3 different variants, each variant will be equipped with a level that is also different from one another.