CONQUEST OF DAWN, MOBILE LEGENDS' UNIQUE FEATURE MADE TO DEFEND COUNTRIES AS TEAMS 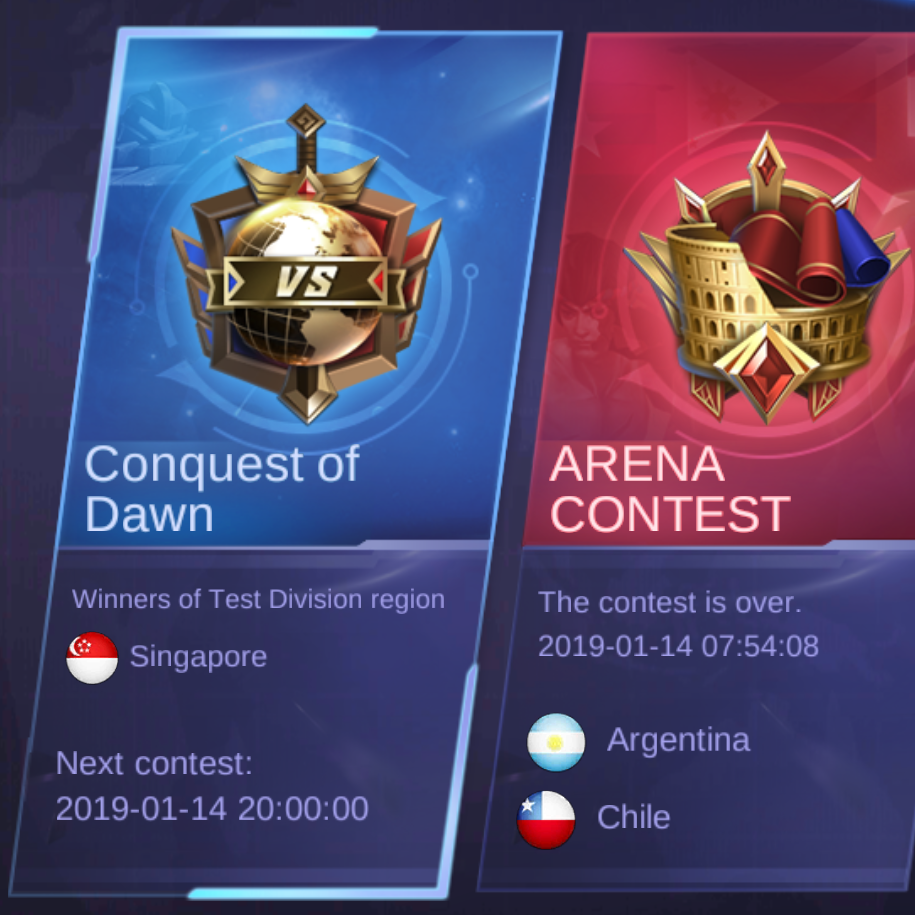 Mobile Legends is a MoBA game on mobile devices that has various game modes and features. The game modes that we can play are Brawl, Classic, Ranked, and Arcade. While the feature itself Mobile Legends has a contest feature which contains the Mobile Legends Championship League (MCL), Contest Areana, and also Conquest of Dawn.

For those of you who are eager to compete against other countries, you can use the contest feature: Arena Contest. Arena Contest itself is one of the features in Mobile Legends that brings together the players' country of origins with other countries.

However, the main requirement in this Arena Contest is that the player must have a very high Tier rank, because those of you who have a low Tier will be automatically displaced by other players who have a higher tier.

Well, for those of you who have not yet acquire a high Tier, don't worry about this! Because Mobile Legends has now launched a new feature that is almost the same type as Arena Contest, namely Conquest of Dawn.

Conquest of Dawn is one of the modes in the Contest feature. Almost the same as the Arena Contest, which allows us to fight players from other countries. The difference is, we can play this Conquest mode with a minimum tier rank that is master.

In addition, Conquest of Dawn itself has various kinds of prizes that we can exchange using the conquest medal on the shop bar. These prizes are certainly very interesting for us to claim, one of which is the exclusive Uranus Special skin that we only get at Conquest of Dawn. To participate in Conquest itself, we can play solo or party.

The main requirement is to play according to their respective National Flags. So, if you want to play with friends, but the flags are not the same, you cannot play this Conquest together.

We can't play Conquest of Dawn every day due to how this feature will only be automatically unlocked every Sunday at 21:00.


How about that fams? Are you interested in defending your country every Sunday?