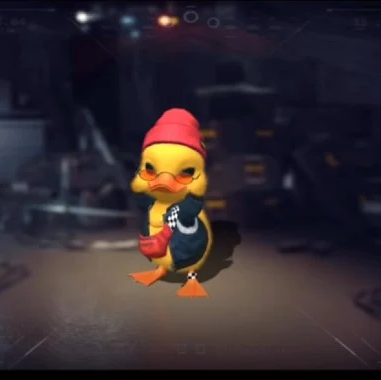 Free Fire's advance server in progress. Various new content is tested first on the server before it can be played by Free Fire game lovers. Now on the testing server, Garena officially launched a new pet named Dr. Beanie.

Dr. Beanie is a duck who looks fashionable complete with a hat, sling bag and jacket. Even so, Dr. Beanie has a skill that is so effective for gamers to use to get Booyah.

Skills possessed by Dr. Beanie's name is Dashy Duckwalk. This skill is able to give effect to your character's movement speed when walking in a squatting position. There are 3 different levels of this skill. Here's a full explanation:

This skill seems very suitable for gamers who like to play hide or attack suddenly. Not only that, this skill can also maximize the use of KORD weapons where this weapon is much more terrible when it is shot in a crouched position. Well, what do you think about the abilities of this one pet?