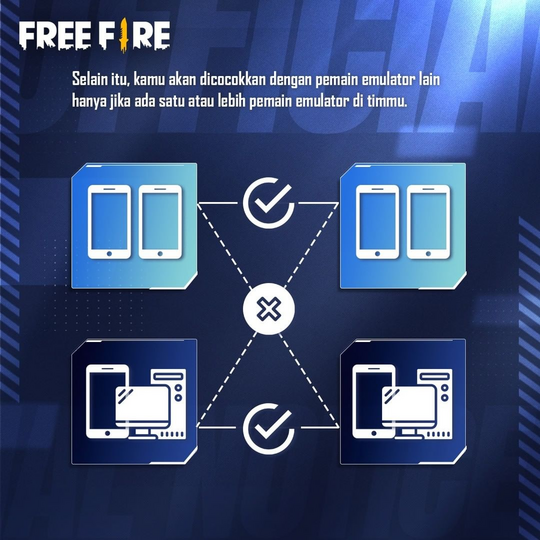 Garena is back to updating its flagship Battle Royale game Free Fire. This update is quite interesting and of course very much awaited by gamers. Yes, especially if it's not a system addition for emulator users in the Free Fire game. The emulator users will later get special treatment when they are looking for a match opponent.

Garena itself is currently adding a special sign if there are teammates playing using the emulator. A sign in the form of an image of a computer device will appear above the name of the player who is using the emulator.
In addition to signaling emulator users, Garena also created a system where emulator and smartphone users would not meet. As a result, if you play solo or in a squad that entirely uses smartphones to play, then later you and your team will meet enemies who only use smartphones without any emulator users. Conversely, if you use an emulator, then you will get opponents who use the emulator as well.

Even Garena itself looks very strict to emulator users. If only one player uses the emulator in the squad, the squad will also meet other emulator users. This matchmaking system is of course a positive sign and concern for Garena so that the Free Fire game can still run in a balanced way.

Well, what do you think about the new system implemented by Garena today?