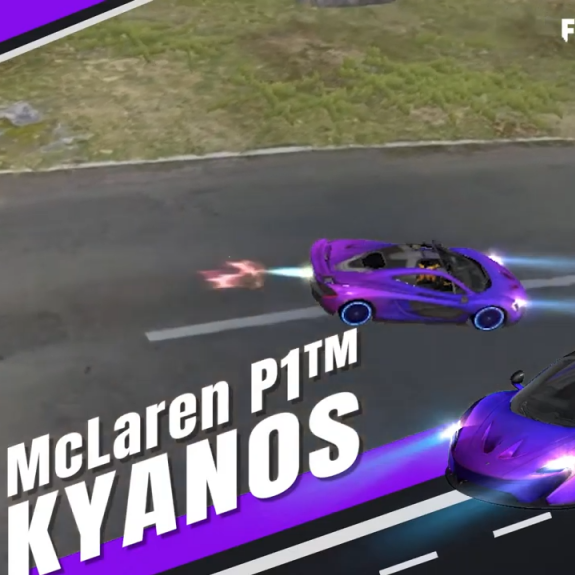 The appearance of the McLaren P1 - Kyanos skin is of course very tempting. Even so, it's not McLaren if this skin does not add to the attributes of this vehicle. Reportedly, by using this skin you can go much faster in the battle arena.

McLaren is famous for cars that have high speed. McLaren P1 Skin - Kyanos gets two points on the top speed attribute. This means that this car has a much faster speed than other vehicles in the Free Fire game. As for damage reduction, it is an attribute that shows if your vehicle is much stronger if it is damaged, whether it's being shot at by the enemy or hitting an object.

For the Damage side, this vehicle gets a reduction of 1 point. That way, this skin doesn't do too much damage when it hits the enemy.

Well, what do you think? Do you agree that Mclaren P1 - Kyanos is the best skin in the Free Fire game?