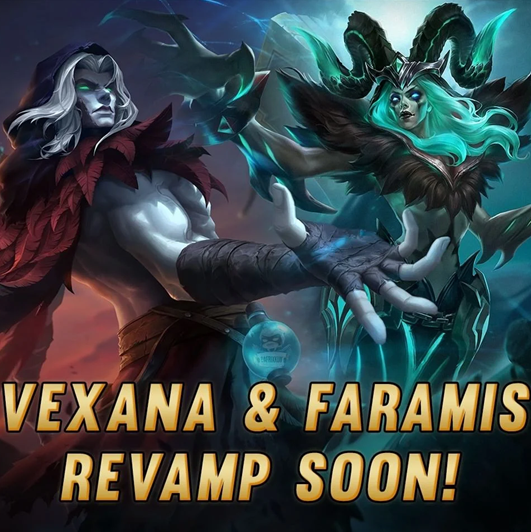 Moonton, the developer and publisher of the Mobile Legends game, continues to update, starting with new characters, skins and many others. The interesting thing is the character revamp where certain characters are overhauled, both in terms of appearance and skills.

In early April, Moonton is reportedly going to revamp the two mages as well as support, namely Vexana and Faramis. Moonton's decision is somewhat odd because the two characters are in fact less popular. In fact, in Rank mode these two characters are considered troll picks. Because it is often used by Mobile Legends players who are not enthusiastic about playing.

However, Moonton's decision in the revamp of this character must also be waited for. Because with the revamp, there is a possibility that the abilities and stats of these two heroes will be much better when used to fight in the Land of Dawn.

Apart from getting revamped, Vexana and Faramis are also rumored to be getting cool skin updates. Of course, there is great hope that the revamp and various updates for these two heroes can make Vexana and Faramis popular again. Like Bane who was not popular before, is now very popular because of his new abilities.