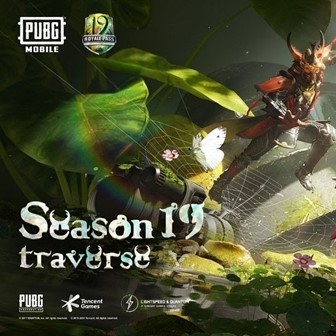 Today, PUBG MOBILE has officially launched Royale Pass Season 19: Traverse, with new prizes for the top 100 ranking, as shown in the teaser trailer. Players can enjoy a new look for the Mini 14, AKM, Thompson and Motorcycle. Now, RP Badges are available so players can show their Royal Pass progress to their opponents. Players will also have one chance to open RP 3rd Anniversary Custom Crate which contains a number of rare items. Lastly, new missions and season content have been added, along with bug fixes and changes for player optimization.

Starting June 9, players will be able to experience adventure through trips to some of the strange laboratories that can be found in the Erangel map.

In addition, the RP 3rd Anniversary Custom Crate is available to unlock at this time. Players shouldn't miss this opportunity, because there are rare items from the previous six seasons that will return. Players can also BAN PICK the crate as an option to customize the prizes that can be received.

Season 19 also introduces a number of new items, available to unlock through progress in the Royale Pass rankings. Players can unlock The Insect Queen-Mini 14 and The Wonderland-AKM to fight enemies in style. In the top 100, players have to choose, whether it's Wonderland Motorcycle or the General Beetle-Thompson set.