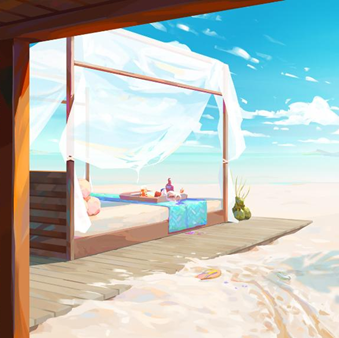 It's no longer a rumor, Valorant is reportedly ready to release a new map called Breeze! This was conveyed by Valorant through their official Twitter account. In his post, Valorant displayed a teaser photo of the new map complete with the caption "Welcome to Paradise".

The photo shows a gazebo on the beach which indirectly illustrates if the Breeze map will be set in an island. Not only from a Twitter account, Valorant Vietnam's Facebook page also confirmed the same thing.

Even in his post, Valorant Vietnam has named the leaked map with the name Breeze. One hundred percent accurate according to previous leaks among the Valorant community.

This news is certainly good news for the Valorant game community who are already thirsty for new maps. Because, until now the Valorant map is limited to only 5.