WILL BE MORE OP, AULUS AND TERIZLA WILL GET BUFF! 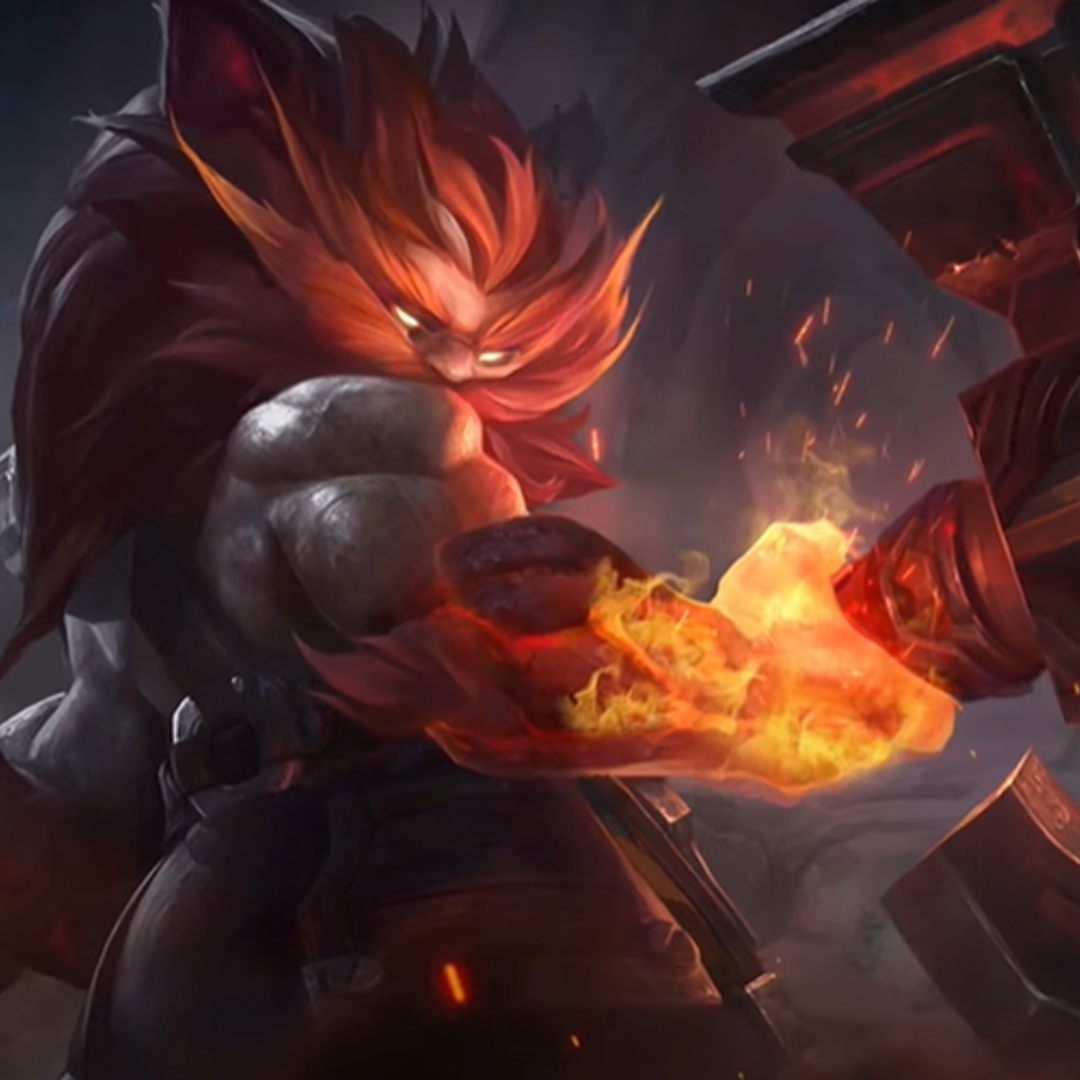 Fighter has a vital role in the Mobile Legends game. This role is one of the keys to victory in winning the match. Fighter-type heroes can usually play several important positions well such as jungler, roamer and offliner.


Two Fighter heroes that are currently hot are Aulus and Terizla. Reportedly, both of them will get quite a lot of buffs from Moonton. So, will both of them be more OP with this buff? 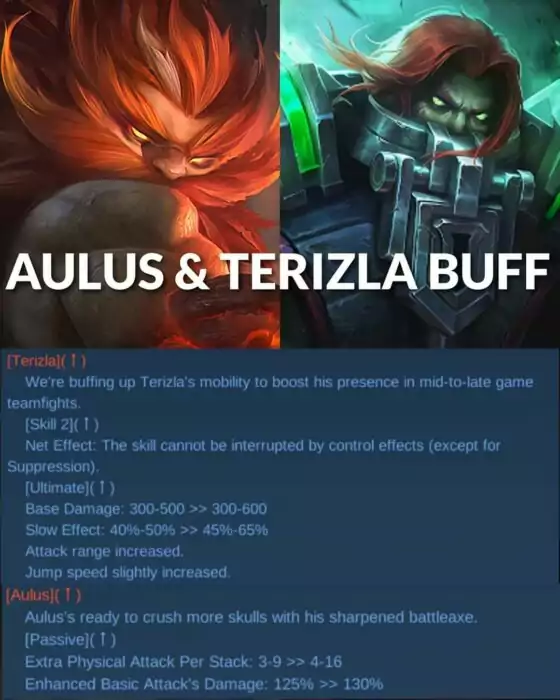 With this buff, it is hoped that Aulus and Terizla will return to the META of the Mobile Legends game. Actually, what kind of buff did the two fighter heroes get? Here's more information:


Aulus
Get a buff from the passive skill side where Aulus gets extra Physical Attack per staq. From the previous 3-9, it is now 4-16 based on the level. Not only that, the basic attack damage from this hero has also increased from 125% to 130%.


Terizla
Skill 2 from Terizla gets a buff from Moonton. Now, the skill will no longer be disturbed by CC effects except suppression. Not only skill 2, the ultimate skill of this hero also gets an increase starting from base damage which was initially 300-500 to 300-600, slow effect from the previous 40%-50% to 45%-65%, increased attack distance and jump speed.


So that's the buff that Aulus and Terizla received in the Mobile Legends game. Hopefully with this buff the two heroes will return to META, OK! I hope this information is helpful!